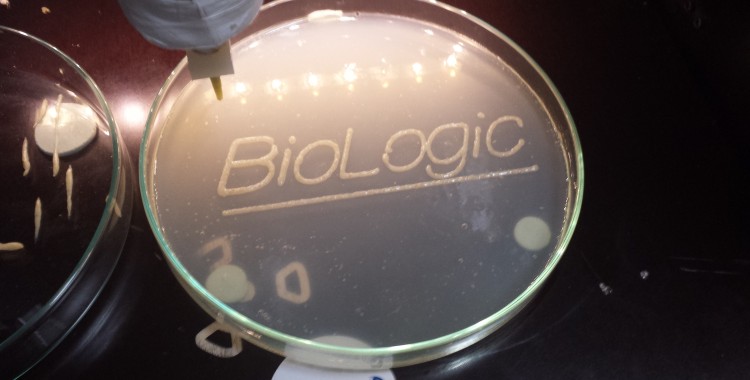 Over the past few decades, biology has entered the collective debate more than any other science. This happened because it is about issues that affect every person, issues which are still mysterious and fascinating as life itself. We are learning that organisms, being organized informations, can be manipulated combining different features in order to perform specific functions (just think about the genetics of plants). As designers we can not be careless about the contribution of this science that enables a paradigm shift respect to the design tools, changing them from a system of representation of a product, to a direct materialization of the product itself through specific processes, by defining a new balance between the autonomy of the process itself and the will of the designer.
A renovated vision for the construction of our world and our apparatuses, in a way of sensitive interactions with the cycles of the ecosystems involved: understanding the dynamics of organic systems allows us to design using that resources already available in abundance, using those logics and processes that are already embedded in living systems.

The workshop offered the first intellectual and operative tools needed to free a conscious experimentation in a young field of endless possibilities of development. It wanted to be an opportunity for artists, designer, achitects to build a figure that is protagonist in the genesis of the products in a comprehensive manner, from the material system to shape.

The workshop was developed through pratical exercises, debates,  lectures and discussion panels, aiming to define the state of the art, identify directions of development and to give the students all the elements to develop further autonomous researches.

The aim of the workshop was designing artificial systems combining digitally developed material distributions and living material. For that purpose we runned a collaboration with WASP project to develope a methodology for 3D printing organic-based materials.

The 3D printer development started from the base of a standard powerWASP EVO 3D printer that was then modified to be able to extrude fluid-dense materials. Here below is a video reporting the development phase of the 3Dprinter we run togheter with WASP project. An important aspect of the work was refining the interactions between the new hardware and the design software written in Processing generating direct G-code instructions for the machine.

At the same time, for the purpose of preventing the printing process and the handling of biological and living material by contamination a DIY sterile hood equipped with HEPA filter and UV light was developed to accomodate the 3D printer. During the days of the workshop participants designed a series of generative patterns through the use of the software environment Prcessing with the purpose of guiding and interact with the behaviour of an incredibly intelligent organism, the Slime mold.

After a brief intorduction to the Processing enviroment and the basics of OOP, partecipants began to explore patterns generation through the use of a series of template codes prepared ad hoc, ables to explore rapidly a series of predefined digital behaviours and at the same time directly generate G-code files to be sent to the 3Dprinter. The patterns was then printed on appositely prepared Petri dishes and inoculated with the slime mold Physarum polycephalum.

Slime molds are neither plants nor animals nor fungi but they could be considered a hybrid living organisms; their development cycle is unique. Also known as myxomycetes, they are a group of heterotroph organisms: this means that they use organic substrates to get chemical energy for their life cycle. During the workshop we used a particular kind of slime mold called Physarum polycephalum; it forms giant cells with multiple nuclei (plasmodia). Plasmodia can move as quickly as about one centimeter per hour. Vein-like structures develop within the several centimeter-large giant cells with up to several million-cell nuclei and they function like human muscles. They contract and relax at minute intervals and thereby pump cell cytoplasm back and forth.

One of the most well-known characteristics of slime molds and particularly of Physarum polycephalum is their ability to solve a wide range of problems, from computational geometry to logic; slime mold seems to be, in fact, the “master” of optimization when it comes to connect 2 points, moving from one points to the other, through the shortest path. Despite the fact that during the workshop we successfully printed several 3-dimensional structures, we decided, for this time, to mainly keep focusing on patterns with a small elevation, and further explore 3D landscapes at a later stage, on the basis of the conclusions which will derive from this first experience.

Furthermore we collectively developed a set of 6 main experiments/systems, which will help us to visualise, analyse and subsequently interpret the behaviour of the slime-mold , in relation to the printed patterns we offered it, as in a configuration of food sources.

The 6 printed plates where time lapsed over the course of 3 weeks to see the effects of patterns and slime mold behaviour interactions.

here below is a collection of images describing the slime mold behaviour during the period of the observation: The workshop ended with a successful public event, where we presented our research together with some of the investigations developed by the participants and where the attendants had the chance to witness live 3D printing sessions, while directly experimenting with digital algorithms and discussing both technical and ethical issues, related to the advancement of our experimental activities.